I was always one of those people for whom school-supply shopping was basically Christmas in August. It’s only natural that the whole planner world/subculture would appeal to me. I’m generally disorganized and I have both a work schedule that varies week to week and freelance work. Plus, let’s face it, I like buying stuff.

So when I discovered planners about a year and a half ago, I was immediately drawn to Filofax. You can get all kinds of inserts and really customize the insides to your exact needs. I didn’t find any design that really appealed to me, however, until I found the Charleston, which is sadly no longer in production. I also liked the Temperley Violet range, but knew I needed an A5.

I found a Charleston A5 on eBay and then found a Violet pocket on deep discount at a local store, and I’ve been using these two planenrs ever since. 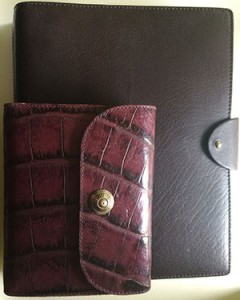 The Violet I use as a wallet, and the Charleston mainly sits at home. Originally, I had thought it would be something I’d take with me, but the leather is so beautiful and scratches easily, and I also ended up putting in a lot of personal information and documents that I don’t necessarily want to carry around with me all the time. I had thought that I would use the Violet as an on-the-go calendar and then transfer things into my big planner later, but that hasn’t really worked out for me.

So while I do use my Charleston as a catch-all and a brain dump, I’m not really using it for planning. It sits on a shelf, I take it down when I need it, I’ll sometimes write in when something is due or what days I’m working–but I’m not in the habit of sitting down and planning it on a daily or even weekly basis, and I’m not in the habit of referring to it regularly. It hasn’t really become an extension of my brain.

Now, I’ve always been a Filofax girl. The idea of being able to switch out inserts is appealing to me, as well as being able to move things around. So the other major player in the planner game–Erin Condren–never appealed to me, since they make bound planners. And I never liked their aesthetic, with their bright color palette and inspirational quotes.

But on June 1st, they launched their new line, which features a “neutral” version. It’s much more subtle, mostly gray and black with little touches of color. There are still some inspirational quotes, but overall, it just feels much more sophisticated. So when I saw a video with the new line, it stuck in my mind, and when they officially launched yesterday, I realized that instead of buying new Filofax inserts that I won’t use on a regular basis, perhaps I should try something new and see if I’ll get more planning use out of it. A planner that’s basically a notebook with a plastic cover is one I would feel comfortable tossing into my bag and taking everywhere with me, and the three-box vertical layout (which I could use for work, my own projects, and to-dos at home) seems like it would suit my needs. Plus it has things like a goal tracker, which is also something I would want from a planner.

And when I saw that they had a cover featuring my favorite flowers, anemones, I was sold. 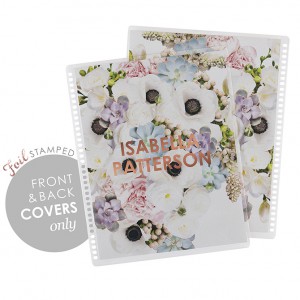 So I ordered one. I didn’t get my name on it, because for some reason the name is also on the back in mirror image, which I find strange. I don’t think I’ll get it until the beginning of July, but when I do, I’ll share an update of how I’ve been using it and how I like it.

Do I feel a little dumb for buying something that could basically be accomplished for something that I could pick up for $5 or $10? Yes. It’s expensive for what it is. I felt the same way when I got my Filofaxes. But I think there’s something to be said for treating yourself once in a while and buying the thing you really want, and not a cheaper version.

1. Go to bed/wake up earlier.
I’ve been doing a little better in this department, especially recently. I was sick in bed for about a week, and somehow that reset my clock to where I’m pretty much living on a normal schedule.

2. Make dinner 3x/week
Most of this month was pretty bad, to be honest.

3. Keep living space clean.
The shelves I mentioned last month and the month before are installed, and they have helped, but I still have to do a major reorganization. I’m going to be doing a clean out of my stuff before the end of the month, so that should help, too.

4. Live off salary and save freelance income.
Yes! Some increases have made this possible for me to do.

6. Then get a secured credit card.
So far I’ve made two payments, both paying off the balance in full. The first go around (hey, I was in college), I thought of credit as “free money.” Now I understand that I have to think of it more like a debit card: If I don’t actually have the money, unless it’s a mega, super emergency, I shouldn’t use it. I have a credit card for rebuilding my credit and for added security when shopping, not to live on.

7. Finish dissertation by end of July/Finish draft of middle-grade novel by December.
I didn’t really do any work on this, but I’m not concerned because the dissertation length is basically the same as my end-of-term papers from college. I can take two weeks to research and a week or so to write and be fine.

My May goal was to do my Pilates bar 4x a week. I actually did keep up with it until I got sick. My June goal is no McDonalds and to keep up with the Pilates bar. I actually already bought myself a present for accomplishing this June goal, and my hope is that having already bought something for myself will guilt me into actually keeping to it. McDonalds is an issue for me because it’s really the only place to grab something to eat in my neighborhood. So when I’m feeling too lazy to cook or just want to get out of the house, I end up going there. As you can imagine, you can use a Pilates bar every day and it won’t undo the damage that frequent McDonalds visits do.